The conservative Rabbi of a small Massachusetts town inserts himself into the secular and criminal affairs of his congregation, illustrating that the same hypocracies, connivances and plots have been at work in American Jewry since at least 1960….

There is something annoying, something unsettling, something demoralizing about a story in which  all the women are either murder victims,  embittered but useless mothers, faithful, ineffectual wives, or sexually charged students with dancers’ bodies. Annoying, too, is witnessing an entire small town turn against an innocent man and his brainy wife, both outsiders, neither one well-liked.  Into this remote and stupid Wisconsin town drives a detective from Naples, with one earring, spiky hair, a trust fund, (but no lap top), whose  actress mother taught him that “if someone was moving their lips in Los Angeles, they were probably lying.”  This assemblage of unpleasantness doesn’t stop one from wanting to find out who done it.

It could be any neighborhood in the 1970s or 1980s or any conventional middle class development with young childless couples on the verge of divorce or adultery. The neighborhood librarian becomes a felonious sleepwalker before becoming the librarian at a Women’s Correctional Institute, teaching other felons to read, doing sit ups in her cell, falling in love with a white collar criminal in the medium security men’s prison across the way.

After 12 years she is reprieved by DNA evidence and returns to the neighborhood to re-examine a life she inhabited uncomfortably. Once she was a woman in between miscarriages, who locked her doors at night so that no one would steal the mattress stained by her third dead fetus. Now she is a woman in between innocence and  guilt, trying to remember the truth.

Charlie has been a guest and a prisoner of the dictator of Batanga for 12 years when he has an affair with the dictator’s favorite wife. After the wife is tortured, Charlie extradites himself to America, and stands trial for an old murder. The crime is investigated, reconstructed and solved, with a twist. 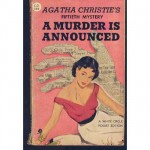 A town is the scene of what people do, become and have.

Stabenow describes happy slow small towns with unusual people who are ever so slightly insane. Who might shoot people over candy bars, or murder them in quaint hotel rooms or share fried bread with a wolf.

There are towns with female elders called “Aunties” who have outlived five or six husbands each, speak English as their third or fourth language, and who have enthusiastically and indiscriminately adopted every stray idiot that crossed their path. They have walnut brown cheeks, wear gold rickrack and are poised between misdemeanors.

Some of these towns are north and some are norther. It is cold:

He wore a balaclava and a knit cap, inside hood Gortex pro shell, ski pants, Patagonia capilene, beneath down parka guaranteed to 20 degrees (below), surround caribous guaranteed to 20 below…

Some are situated where there would be gold if it could be mined. And here there are problems.

Gamash celebrates his marriage at a bed and breakfast with beds so high you need a little step stool to climb into them and bumps into a family murder.

The first murder victim is a horror list of character flaws with L.A. citizenship:

1. She could not be bothered to make the car payments on the first of each month, even though her parents took care of the down payment.
2. She lives in a dump in Sherman Oaks but she tells everyone she lives in Van Nuys.
3. She teeters out of a bar at 3 in the morning and can’t find her car in the parking lot — but it is not her fault — why don’t they put lights in the parking lot?
4. She runs out of gas on a freeway because she can’t be bothered to check the gas, or plan anything in advance.

An intimate look at the arrangements, organization and order of small town French village life, through the eyes of the jovial, wise and well fed chief of police, for “…not  a single pig made it to market without some part of it being offered as part tribute part toll to Bruno…”.

He put the grill close to the coals, arranged the steaks, and then under his breath sang the Marsellaise, which he knew from long practice took him exactly 45 seconds. He turned the steaks, dribbled some of the marinade on top of the charred side, and sang it again. Then he turned the steaks for 10 seconds, pouring on more of the marinade, and then another ten seconds. Now he took them off the coals and put them on the plates he’d left to warm on the bricks he’d left to warm on the side of the grill.

The strolling investigator offers up an amiable mix of local types, of those who “evidently conformed to the English stereotype of bizarre affection for animals dressed in gleaming black boots, cream jodhpurs,” of the prissy European officers of hygiene who threatened the taste of the local cheese, of old men who had not spoken to each other since the war.

The reader sometimes sounds as if he’s sucking on bubbles, a kind of terrible English mumbling.

Utterly charming tale of British advertising executive fed up with the petty hysteria of bosses, clients and ex-wives. He quits. He drives to the south of France, meets a beautiful real estate agent, and opens a hotel. But things are not so simple...Hotel Pastis by Peter Mayle read by John Franklyn-Robbins

Forget the tax on sugar. Tax bad dialogue, dreadful characterizations, idiotic psychological profiles. To wit: When he was a child the twitch had made him the target of merciless teasing and bullying. It had made him burn with hatred. And that hatred had driven him to succeed. Victor Orlov wanted toThe Defector by Daniel Silva read by Phil Gigante

L.A./Hollywood relived by a suicidal ex-husband ex-producer ex-Jew with a  screenplay.  The screenplay is  fresh off the bus from New Jersey, delivered to Charlie (post suicide) by his 21 year old nephew, Lionel. It is about Disraeli but that doesn't matter.  The screenplay is his property, and all Charlie needsThe Deal: A Novel of Hollywood by Peter Lefcourt read by William H. Macy

Author of 41 books of Christian fiction (and never a best seller) gets used to living with her annoying mother-in-law and her hapless daughter while she complains about her life to God. It is not at all evident that God is interested. A Case of Bad Taste by Lori Copeland read by McMurdo-Wallis, Cristine

Private eye with basic grammar skills looks for two kidnapped girls in small town, and gets cozy with the Sheriff's son.A Stranger In Town by Cheryl Bradshaw read by Crystal Sershin

Hope Springs: A foster child lovingly raised in an old Victorian house comes back, buys the old house, and opens up a Bakery Cafe where she can sell her special brownies.The Second Chance Cafe by Alison Kent read by Natalie Ross

Deliciously understated English murder mysteries against a background of Hereford cows and curmudgeonly coppers. Here's a taste: Bastard, bastard, bloody stupid game! He beat the turf with his five iron and considered dispatching it after his golf ball into the undergrowth. Then he trudged on morosely, feeling the blood pounding inJ.M. Gregson: The Inspector Lambert Series

Increasingly, the essay, the critique, the report and the annunciation are being reconfigured in the form of fiction. Michael Crichton has mastered this form. His Next is more than a story about the re-distribution of genomes; it is Critique, Satire, Farce and Science Report, with: just the right amount of ironyNext by Michael Crichton read by Dylan Baker

Lots of interesting characters on Blossom Street: a widow with an adopted daughter, a tough ex-punk happily married and unhappily smoking,  a good son and chocolate factory owner with a growing heart problem,   a charmed and charming owner of a knitting store,  a gorgeous single girl getting over an ex-fianceeSummer on Blossom Street by Debbie Macomber read by Miss Delilah

Jake is the kind of guy that tells his girlfriend to stop using some pheromonal perfume by Clinique because it "messes with his head". But apart from perfume, he is singularly unfussed. He is streetwise, he is attentive, and he belongs inside his own body. But he belongs nowherePower Play by Joseph Finder read by Dennis Boutsikaris

Charlie has been a guest and a prisoner of the dictator of Batanga for 12 years when he has an affair with the dictator's favorite wife. After the wife is tortured, Charlie extradites himself to America, and stands trial for an old murder. The crime is investigated, reconstructedPhillip Margolin, Fugitive, read by Jonathan Davis

As good as reading a short history of the rise and rise of the garden variety jihadist. A retired SAS agent is mending the roof of his medieval barn when he is summoned to a final counter-terrorist mission. The medieval political system also needs mending. So begins a storyThe Afghan::Frederick Forsyth read by Robert Powell